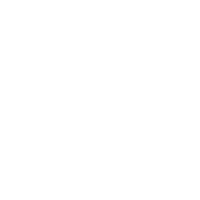 The Camellia Rose Inn is a beautiful 1903 Queen Anne home, originally known as Swearingen House, as built for Thomas J. Swearingen. Swearingen, who owned one of the first automobile dealerships in Gainesville, lived in the original house (which featured a one-story kitchen in a detached building behind the main house) for fifteen years.

In 1918, Gainesville Grocer George A. Dell purchased the house, and three years later it was sold to Hal C. Batey, a wholesale grocer who would later become mayor of Gainesville.

The house was next bought in 1957 by Dr. Oliver Austin, former Curator of Birds at the Florida State Museum. During this time many changes were made to the house, and in 1978 new owners Mark and Mary Barrow restored the old Swearingen House.

The house was purchased by us in 2006 and renamed the Camellia Rose Inn. After living and working in South Florida for many years, we decided we wanted to work for ourselves, doing something we loved. The Camellia Rose Inn is a labor of love, a beautiful home we hope to share with many visitors to Gainesville.

So, whether you’re coming down to see the Gators play, to watch your child graduate from UF, or to enjoy a relaxing weekend in beautiful historic Gainesville, let The Camellia Rose Inn be your home away from home.

Our Guests Love Us!

Read Our Reviews on Tripadvisor

Theme by Anders Noren — Up ↑